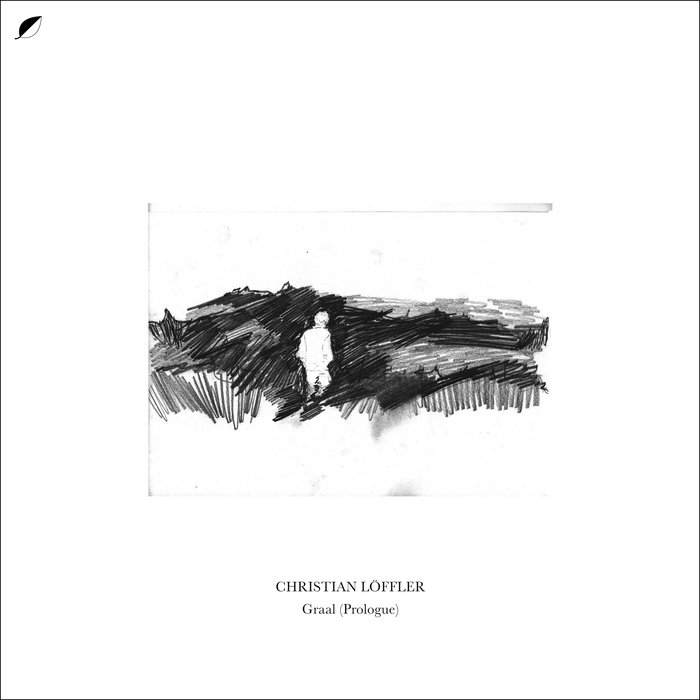 Kanji Club Another great ethereal album by Christian Löffler. Each track transported me to a different realm with his instrumentals. The album is complimented by two tracks with beautiful vocals that drive the album forward. Favorite track: Ry.

lesneilson Euphoric melancolia is exactly the kind of music I'm looking for! Beautiful! I have a question, why is it that on qobuz for example there is a higher res version of this? I'd prefer to buy here, but I'd also prefer the best quality. Or am I mistaken? Favorite track: Bird.

We Are All Astronauts

Christian Löffler has always been driven by a desire to be creative. In his early teens he would draw and dabble in painting, trying to capture if not a specific feeling, then the essence of something. An ideal. Something profound. “Still, today, it’s the same feeling that drives me, and it makes no difference what I use for it, whether it is music or paint.,” he explains.

Graal (Prologue), his new project, utilises both, but it was not born solely of his creative urges. It also stems from frustration, and a sense that while touring he no longer had the mental space or down time to let his creativity flourish. Following an intense period of live concerts, where his music felt stagnated Löffler would find himself solely focussed on visual art – painting, drawing, and “some video stuff”, but absolutely no music. This return to his roots reminded him how it felt when he first started making music, and allowed him to “turn off my brain a bit, especially thoughts about what is possible or not”. In other words, it gave him freedom.

He had a series of “sketches” on his touring laptop – “little melodies, or nice lines on my synthesiser, that were born on the fly” – built over untold hours in hotels, layovers, and long drives while on the road. “Music is made differently when you are somewhere else than in the studio,” he says. “They were rough ideas; very, very open.” Freshly inspired, he set to work on these raw forms in a back-to-basics approach that also saw him return to the software he used at the start of his career – Logic.

“When I first started making electronic music, it took me one week to get a sound out of it. It was crazy!” he remembers. “But it was also exciting, like a new world opening up. Switching softwares – Ableton has been his first choice for years – took him out of his comfort zone, forcing him to virtually “re-learn” how to turn ideas into sounds.

The result is six, typically downtempo minimal tracks – “very focused and concentrated” says Löffler. They have a nocturnal feel, perfect for eyes- closed introspection, and it’s no surprise to learn that two of them – ‘Bird’ and ‘Refu’ – were conceived during late-night jam sessions in gardens underneath starry skies.

That same, wide-open expansiveness is reflected in a relaxed, easy flow, each element given the space to breath and unfurl – at times, Löffler fades everything out except a muffled beat and subtle, barely-there synths, skeletal moments than none- theless convey a quiet power.

Two tracks feature vocalists, both of which Löffler describes as happy accidents. ‘Like Water’, featuring Mohna, was initially an instrumental piano piece, but was transformed by some vocal improvi- sations during a soundcheck for a Elbphilharmonie performance into atmospheric, spectral electro. Josephine Phillip, whose haunting Nordic voice warms the poignant ‘Running’ was someone that Löffler had always hoped to record with and when their schedules finally aligned, he took full advantage.

Graal (Prologue) is named after the town he calls home – a windswept yet picturesque German outpost on the Baltic coast – and the rugged beauty and wonder of the area’s famed landscapes shines through the whole record. Löffler has always been influenced by nature and a sense of place, and he’s become a master at exploring space and amplifying the power of tranquility. Despite retaining what he describes as a rudimentary roughness – “for me, they still feel like sketches because I never really produced them out” – there’s a grace and lushness to all six tracks that inexorably draws and comforts you.

The record comes illustrated with a series of Löffler’s hand drawn sketches, stark, monochro- matic line drawings of people and places. The austerity of the images perfectly matches the music; in fact, the drawings came first and served as inspiration for the sound. As with all his art, he was trying, he says, “to keep it simple. Mostly I focus on having one or two people, then a landscape, but it’s never really in detail; it’s more like something that comes out naturally and quickly. It’s the same with music; there’s an idea, and I try to catch it as fast as I can.”

Graal is, as denoted by ‘Prologue’, also just a prelude – a second, companion album will be released before the end of the year. The idea is for the whole project to have an organic dichotomy – while Graal was created on the road (Löffler likens it to a travel diary), the follow up will be a classic studio album, created in his home recording space. It will also come illustrated with paintings, not drawings, continuing the theme of more roundly fleshing out ideas.

“Much slower,” he says of this as yet untitled –and unfinished – sequel, “and a little more ambient.” But for now we have Graal, a bold gamble from an artist who needed to do something different, and one that has yielded rich dividends. “It definitely feels like going back to the core, to the essential feelings that got me into music and creating art,” he explains. “To just start over.” Such an approach has uncovered the magic at the heart of Löffler’s music, and what makes this enigmatic, astute artist so very special.